Ola Cronk finds work as an "Extra" at the various studios in Hollywood:
"The Pest"  Goldwyn Pictures.  April 9, 1919

"The Eyes of Youth"  Garson Productions.  November 30, 1919.  [Claire is supposed to have been an "extra" in a ballroom scene from this movie.  However, I have seen a DVD copy of the film and did not find the referred to scene.]

"Screen Snapshots No. 2" particular number in the series is not known.  Pathe' Exchange.  1921-1922.  It is not known the nature or extent of the footage of Claire in this short.  Most likely it concerns the announcement of the WAMPAS Baby Stars of 1922 of which Claire was a member.

Early Two Color Kodachrome Test Shots. Publicly shown in September 1922 at the newly built Eastman Theatre in Rochester, NY., the film includes several Hollywood stars including Gloria Swanson, May McAvoy and Claire Windsor. The film has been restored by the George Eastman House and is available for cinema viewing.  A portion of the color film with the exception of the Claire Windsor footage, is viewable on YouTube.  Scroll to the bottom of this page to view a portion of this film.

"Souls For Sale"  Rupert Hughes, Goldwyn Pictures.  April 12, 1923.  Claire makes a cameo appearance in this film from the set of "The Eternal Three."

"1925 MGM Studio Tour"  32 minute documentary shown regularly on Tuner Classic Movies.  Exact production date not known.  In this film  Claire Windsor is introduced as one of the many MGM stars.

"The Lady Who Lied"  First National Pictures.  July 2, 1925.  This is a lost film.  It has not been confirmed that Claire was actually in this film.  It is listed in the biographical article "The Career of  Claire" published in March 1926 of the Picturegoer.  It is possible that she was considered for a role that she did not get, or that she made an un-credited cameo appearance.  It should be noted that Claire and Bert Lytell went with the director of this film, Edward Carewe, and Mary Akin to get married in Juarez, Mexico on May 14, 1925.

Claire Windsor getting her hair "bobbed."  The original source is from British Pathe and was entitled "The Crowning Glory - Latest Hair Styles." 1926.  It may be seen on YouTube under the title "Hottest Hairstyles form the Roaring Twenties" from Aaron1912.  Scroll to the bottom of this page to view the 43 seconds of footage or visit the British Pathe website at http://www.britishpathe.com/video/the-crowning-glory-latest-hair-styles/query/The+crowning+glory

Date?  A short clip of 58 seconds of Claire modeling four dresses appeared briefly on YouTube.  Entitled "Hollywood Fashion in Technicolor," the clip was from the Huntley Film Archives in England with the inventory number 1939.  Claire's appearance is between 2:54 and 3:52.  From the description we find the accompanying text:  "Miss Claire Windsor now models some more clothes. An orange suit with a scarf at the neck. A crepe dress and jacket. Matinee wear for afternoon tea! The latest thing for evening wear. An asymmetric long black dress with high black gloves and white strings of pearls. A veiled hat."

February 26, 1928.  Newsreel footage of the opening of the Moffat Tunnel and the Denver Auto Show.  Claire was crowned queen for the event, and footage was taken of her arrival at the train station and the following parade.  It is not known if this footage has survived.

"Show People"  "  Metro-Goldwyn-Mayer.  October 20, 1928.  Claire appears in the banquet table scene in which numerous MGM stars are seated at a circular table in the MGM Studio while the camera pans from one star to the next.  See Photos below.

"Midstream"   Tiffany-Stahl Productions.  September 9, 1929.  It is not known if the original silent film was released in addition to the "talking" version or not.  The first act of Gounod's opera "Faust" comprised the synchronized sound portion of the film.

"Zeppelin"  Tiffany Productions.  This film was never released as a silent film.  Instead, the director and cast members were changed and sound scenes with dialog were spliced into the original footage.  The sound version was entitled "The Lost Zeppelin."
1932

"Hollywood on Parade, No. A 5"  Paramount Publix.  December 15, 1932.  It is not known if this 1 reel film survives.  It is also not know in what context Claire Windsor appears in the film.  After the "Wonder Bar" tour with Al Jolson, Claire returned to films and had two which were soon to be released.

["Topper"  "  Metro-Goldwyn-Mayer.  January 14, 1937.  Although footage of Claire was shot for this film, it did not survive the final editing.  It is not known if any of the discarded film has been preserved.  It is also not known how the footage was originally planned to be incorporated into the film.]

"Meet the Stars #2 Baby Stars"  Being a former WAMPAS Baby Star of 1922, Claire Windsor is one of 26 judges who predict who will become the future movie stars of 1941.

1953 made for TV:  [G. E.?] Invitation Playhouse, "The Last Act" Claire Windsor and Timothy Carey.  A movie star, who was famous in the silent film days, proves to a sneak thief that she is no has-been.  It is not known if this performance survives.

"Hollywood Without Make-Up"  Filmaster Incorporated.  1963.  Claire's amateur film footage of the silent stars at Hearst Castle in included in this documentary.
To watch the film, use this link:


Below:  A sample of early Kodachrome two-color test shots.  Claire Windsor's footage is not contained in this clip.
Above and below, Claire at the MGM banquet of stars in "Show People." 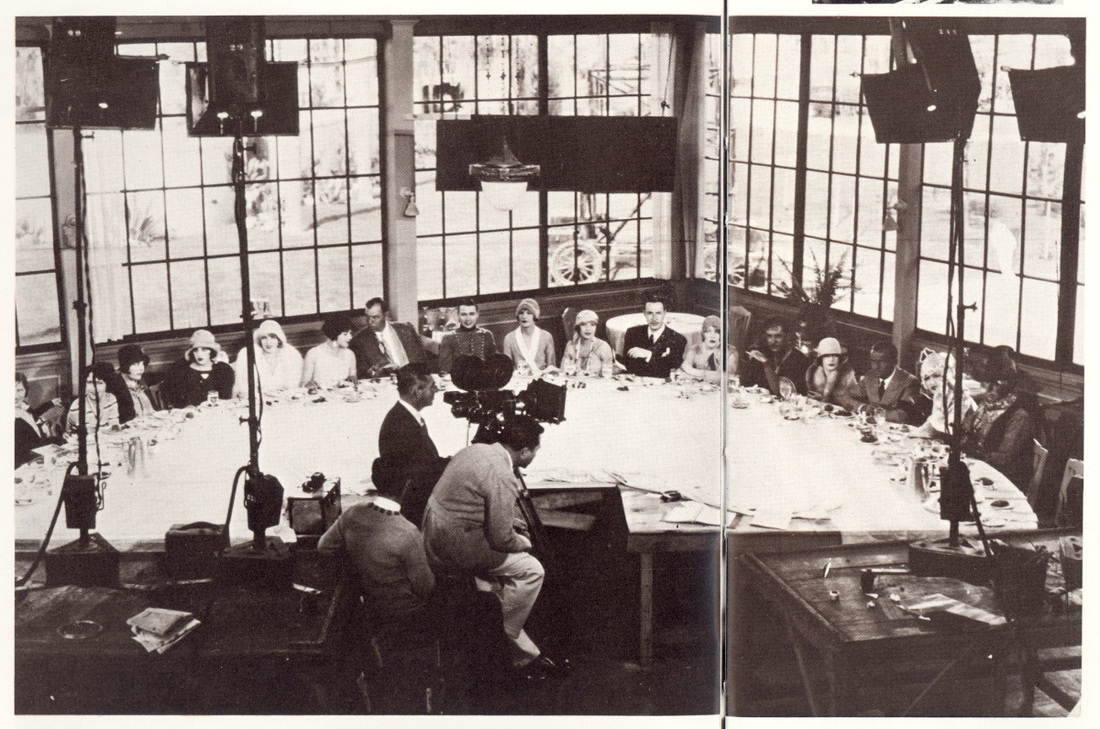 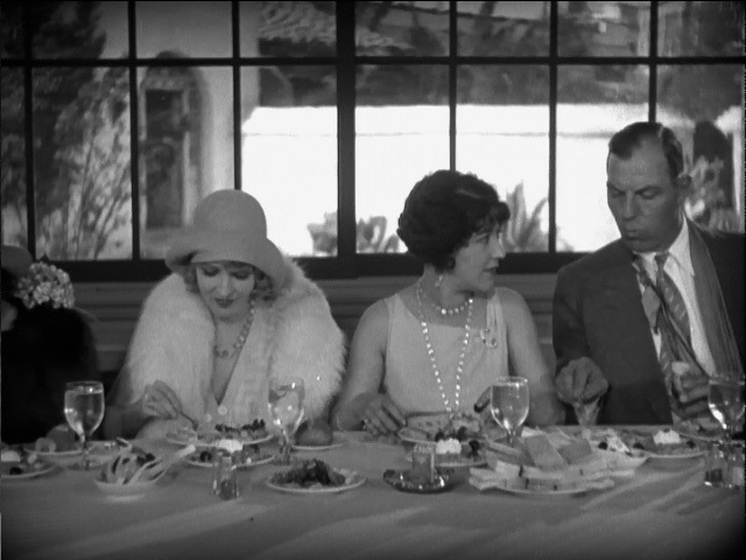